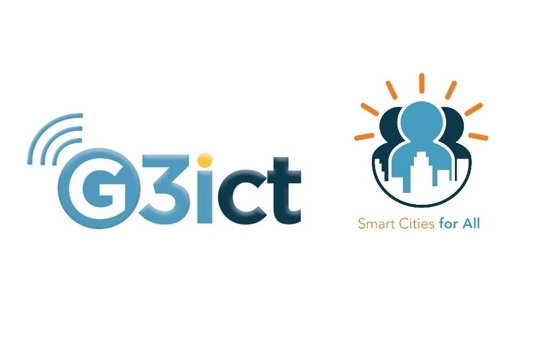 Anatoliy D. Popko leads “Dialogue in the Dark” Moscow team and consults Bank of Russia and other prominent financial, cultural, and government institutions. Mr. Popko is a co-author of Russian national standard on digital accessibility based on WCAG 2.1. Accessible ICT and effective communication are two passions, thus he advocates for the blind in the form of standup comedy aimed at volunteers and intense reasonable arguments with corporate and government officials.

Digital Accessibility in Russia: Overview of the Pandemic Year 2020

April 1st, 2020 – national standard on digital content accessibility (GOST-R 52872-2019) was enacted. It basically is a translation of WCAG 2.1. Noteworthy is the fact that it has been prepared by 4 totally blind independent experts and 2 Bank of Russia officials. I was unofficially appointed as the authoring committee leader by Aleksandra Levitskaya (Disability Councilor of the president Vladimir Putin and the head of the council on the disability affairs). Before national standards were written primarily by bureaucracy or commercial companies lobbying for particular technology promoting sales on the government level, therefore they were short of expert knowledge or downright preferential.
National standards aren’t obligatory in Russia, although this document is clearly becoming a reference point and gains popularity. The entire DA topic gradually attracts attention on behalf of politicians with strong social emphasis (for example, Sergey Mironov). There is a possibility that DA compliance will become a requirement for certain digital resources in a foreseeable future.
Presently my team is working on other disability-related national standard (TTS output for interactive digital systems. Technical requirements) and there are likely more to come in 2021 (the preliminary agreement is reached to regulate at least accessibility requirements for PDF uploaded officially to the public domain). There also is a slight chance that accessibility requirements will gradually find their way to government-related digital purchase/development contracts.
Ministry of Digital Development, Communications and Mass Media of the Russian Federation has been very slow in acting on DA accessibility agenda. For instance, so far it hasn’t updated its’ policy provisions stating that all the government digital products should conform to the new DA standard while Bank of Russia issued an official letter asking (not requiring) all the financial institutions refer to the new GOST-R when updating or developing their digital services.
Ministry of labor and social development representatives declare moderate interest in digital accessibility and attempt to explore the field by conducting a market research. The key problem seems to be their willingness to collaborate with the institutions with next to no DA expertise. Meanwhile Bank of Russia keeps financial accessibility high on their priority list and talks directly to the disability experts (which mainly can be attributed to the personal involvement of its’ chair Mrs. Elvira Nabiullina and genuine empathy and professionalism of Russian financial regulator personnel). That actually was the case from the very first steps towards financial accessibility when Bank of Russia put an strong emphases on field experts (myself included) rather than on blindness-related bureaucracy.
The largest bank in Russia, Sberbank, continues to embrace and promote digital accessibility through mobile applications and WEB interface gaining recognition both in Russia and abroad. It is by far the most prominent company in Russia with the accessibility attitude close to the best international standards. Thanks to active ESG agenda voiced by top-officials It can easily be referred to as the leader in accessibility for both high-tech and offline services. I has been articulating DA topic for their mobile banking and didn’t join the dedicated accessibility team when offered (preferring to remain an independent unaffiliated expert). Sberbank still invites me to promote accessibility of their services among blind and visually impaired (BVI) community and general public.
Largest technological companies in Russia (Yandex, Bitrix, etc.) do not show interest (much less commitment) to systematic approach to digital accessibility. All the world-class tech services created within the RU-net segment have significant accessibility drawbacks in spite of negative social network and media coverage. Russian commercial products are painfully slow to adopt accessibility practices (for instance, official iOS Telegram client just recently announced significant Voice Over improvement (Jan 27, 2021Version 7.4.1) while celebrating 500 million (!) active users).
Throughout the year 2020 there were a handful of public events related to digital accessibility (mentioned here are those that I either organized or took part in). The most high-level one being a round table discussion in Civic Chamber of Russian Federation (December 23, 2020) lead by Diana Gurtskaya (blind singer and recognized disability advocate). The disability community focuses on digital accessibility conducting webinars (Moscow-based “Perspektiva”, Sverdlovsk state library for the blind, Academy of accessible environment producing high-quality YouTube videos and running Total Test initiative for the second consecutive year). ICOM Russia has also played an active role in promoting digital accessibility in museums (celebrating Global Accessibility Awareness Day).
Special View program run by charity foundation “Arts, science, and sports” (Alisher Usmanov) joined forces with Everland and conducted a research aimed at evaluating many online-services for their accessibility. It clearly showed that popular Russian online-services are virtually inaccessible and that Russian DA community might really benefit from professional expertise and shared approach to accessibility audit.
Special View program also offered me an opportunity to run a IT literacy project: I invited prominent IT trainers from all over Russia and started to organize one-on-one remote training sessions for BVI community – totally free of charge. The TifloIT project has a lot of potential, but it does require outside financial support (at least while the demand for accessibility consulting services isn’t backed up by either government or corporate interest).
Meanwhile All-Russian association for the blind seemingly remains silent and inactive in the digital inclusion sphere (although it does have a dedicated organization devoted to rehabilitation and computer). Lack of enthusiasm is primarily caused by the absence of both expertise and interest.
Rehabilitation technology vendors in Russia mainly compete for the government resources trying to cell handheld electronic magnifiers, tifloflashplayers (DAISY players), and other equipment. They do not seem to play any role in either creating or promoting accessible ICT. 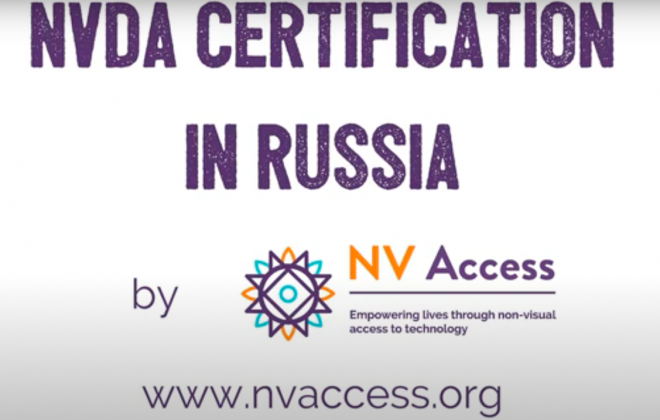