SC4A in the News > Why Does Mainstream Indian Discourse On Digital Inclusion Leave Out Disability?

Why Does Mainstream Indian Discourse On Digital Inclusion Leave Out Disability?

India’s crusade for digitisation and digital inclusion has failed millions of Indians with disabilities. Will the Rights of Persons with Disabilities Act change that?

One of the strongest mandates of the newly enacted Rights of Persons with Disabilities Act, 2016 is on the issue of accessibility. The public discourse around accessibility for persons with disabilities has more or less been limited to the physical environment – ramps and a disable-friendly toilet. The issue of digital inclusion – be it websites, technology, information and media, which is equally critical, has not found much traction.

Therefore, it is perhaps not surprising that the buzz around the new disability rights law – whether welcoming or critical – hardly mentions the new provisions for information and communication technologies (ICT) and digital inclusion for persons with disabilities.

The new law requires all content available in audio, print and electronic media to be in an accessible format; electronic goods and equipment that are meant for everyday use to be made available in universal design and ensuring access to television programmes with sign language interpretation or subtitles. Additionally, all service providers – whether government or private – will have to provide accessible services within a period of two years from the notification of the law.

This is significant on several levels. While globally the World Wide Web Consortium (W3C) published the Web Content Accessibility Guidelines (WCAG) in 1999 to make web browsers more accessible to persons with disabilities, it was only in 2009 that India got its own policy on this issue. In January 2009, the Guidelines for Indian Government Websites (GIGW) were formulated to require all government websites to comply with WCAG 2.0. It may be mentioned that the new law also comes at an opportune time as the W3C is now working on WCAG 2.1.

Then in October 2013,  the central government came out with the ‘National Policy on Universal Electronic Accessibility’ to facilitate equal access to electronics and ICTs for persons with disabilities. It covered the entire gamut of software as well as hardware.

Implementation of both these policies, however, leave a lot to be desired. In 2012, a survey of ten government websites by the National Centre for Promotion of Employment for Disabled People and BarrierBreak revealed none met even the basic accessibility standards. A recent audit of 22 of the most popular Indian applications by the Centre for Internet and Society found that they were not fully compliant with web accessibility guidelines. What this basically means is that while a majority of the population can file their income tax returns online, make online transactions, book flight tickets and order food, millions of people with disabilities still cannot.

These findings are important particularly when seen in light of the rapid movement towards digitisation of services and opportunities. By 2050, 70% of the world’s population will live in cities. By 2020, 50 billion devices will be connected to the ‘Internet of Things’. Technology is changing how citizens interact with their environments. Our services – education, employment, health, recreation and commerce – is moving towards digital platforms. There is a proliferation of smart cities worldwide. But the discourse, astonishingly, excludes the impact these developments will have on the lives of persons with disabilities. A survey of about 250 global experts on smart cities conducted by the Global Initiative for Inclusive ICTs and World Enabled revealed that while a majority recognise the benefits of accessible smart cities, more than half do not know of any smart city initiative with an explicit focus on ICT accessibility. If this is not rectified immediately, all our future cities risk excluding millions of persons with disabilities.

India’s Internet growth rate was four times the global rate in 2015. There is also a huge rush towards creating a digital ecosystem for citizen engagement – be it the Digital India campaign, the Startup India campaign or even the recent move towards a cashless and digital economy. But these campaigns also need to ensure that persons with disabilities are benefited as well. It is thus important for policymakers, technology giants and citizens to talk about digital inclusion for persons with disabilities.

India is home to 26.8 million persons with disabilities. With the increase in the number of specified disabilities from the previous seven to 22, this number is expected to grow manifold.

But the strongest motivation should be that access to ICTs is a human right and excluding an entire population group will hinder millions of people from being equal citizens. The Rights of Persons with Disabilities Act can very well be the first step towards ensuring that equality is ensured in the digital realm as well.

Dorodi Sharma is a disability rights advocate and has worked both in India and internationally on campaigns on disability inclusion. 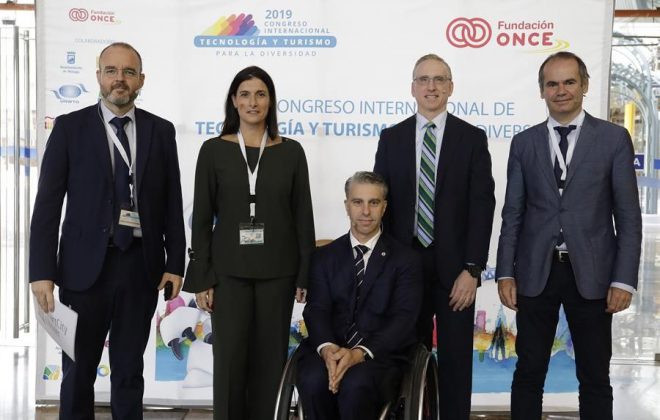 Do smart cities have an accessibility problem?