Today’s smart cities are not as smart as they could be. Researchers at G3ict and World Enabled – two NGOs with an extensive history of leadership in accessibility and urban design – say that for Latin America to make its cities even smarter, they must increase information access for disabled people and older persons. And they point to new translations in Latin American Spanish and Brazilian Portuguese of the Smart Cities for All toolkit, which aims to make accessibility a key part of the growing trend toward smart cities.

The toolkit is featured at the Smart Cities Latam Expo in Puebla, Mexico. G3ict and World Enabled authored the toolkit in 2016 and translated it in 2017, all with support from Microsoft.

“With the right tools, such as information and communication technologies which everyone can access in their own languages, there are no limits to what people can achieve, including people with disabilities,” said Robert Ivanschitz, Assistant General Counsel for Microsoft Latin America. “Our mission at Microsoft is to empower every person and every organization on the planet to achieve more. Technology plays a tremendous role in each of our journeys to reach our goals. We are proud to help urban planners across Latin America envision smart cities that include resources and opportunities for older people and those with disabilities, so no one is left behind.”

In 2016, G3ict and World Enabled launched a research project to assess information and communication technology (ICT) accessibility in smart cities around the world. They surveyed more than 250 experts and smart city program managers, 60% of whom responded that smart cities were failing people with disabilities. Only 18% of respondents knew of a smart city that uses ICT accessibility standards. As a result of the findings, and with support from Microsoft, the two NGOs created the Smart Cities for All Toolkit, featuring four digital tools to help those involved in city planning to make future technology projects more inclusive.

James Thurston, Vice President for Global Strategy and Development at G3ict, said, “Smart cities across Latin America are positioning themselves as more competitive, more inclusive, and more ‘liveable.’ However, we want to make sure that they don’t leave behind one out of seven city residents who may live with a disability.”

Dr. Victor Pineda, President and Founder of World Enabled, said, “We see such innovative work in Latin American cities, including a desire for more data being generated on or by persons with disabilities. We are grateful for the opportunity to bring our tools to more urban planners in their native languages.”

Microsoft has translated the toolkit into Brazilian Portuguese and also recently committed to translating the toolkit into Arabic, Hindi, and Marathi, to reach millions more people in the Middle East and South Asia. The Smart Cities for All toolkit contains the following documents: a guide to implementing priority ICT accessibility standards; a guide to adopting an ICT accessibility procurement policy; advice on communicating the case for a stronger commitment to digital inclusion in cities; and a database of solutions for digital inclusion in cities. 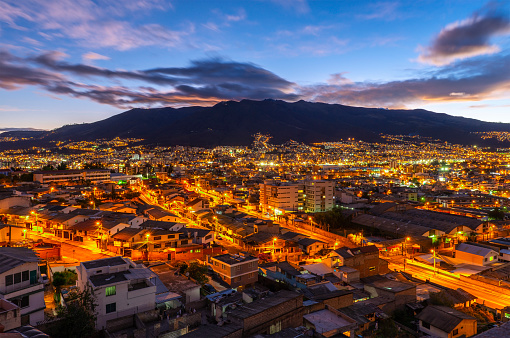 Why are Accessible and Inclusive Sidewalks Important in Cities?